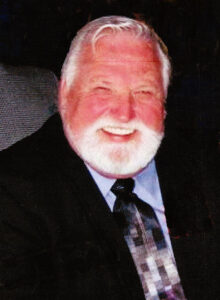 Gorham: Donald Ray CPO (ret.), CD.
Aged 81, of Tottenham, Ontario, Don crossed the bar on Friday August 27th, 2021 at Matthews House Hospice, Alliston. Born in Welland, Ontario, Donald was the son of the late Douglas and Irene (Ventnor) Gorham. On his seventeenth birthday he joined the Royal Canadian Navy and retired after serving 25 years of service as a Chief Petty Officer 2nd class proudly serving on HMCS Ships: – Crusader, Bonaventure, St. Laurent, Restigouche, Iroquois and CF bases HMCS Cornwallis, Stadacona, Prevost and CF Recruiting Centre, Sydney Nova Scotia.
He was active in several communities, and gave many years of service as a volunteer firefighter in both Chezzetcook, Nova Scotia and Tottenham, Ontario. He founded the Chezzetcook Boy Scout organization and served as a Scout Leader for several years. After retiring from the Navy, Don was employed with Litton Systems Canada in Toronto, as Logistics Support Manager for the modernization and update of the Tribal Class Destroyers. He was a charter member of Eastern Marine Branch 161 of Gaetz Brook, Nova Scotia and a 40 year member of Branch 329, Tottenham Legion, holding several executive positions, including two terms as President.
Retiring once again in 1995 Donald pursued his hobbies of genealogy, photography, birding and summer travel to the family cottage on the Amherst shore of Nova Scotia. He loved being outdoors, was knowledgeable about nature and was a natural in this element.
Don will be remembered by his comrades and family as a great storyteller who would strike up a conversation with anyone, friend or stranger.
He is survived by his loving wife of many years, Faith Pearl (Lake), sons Kevin Ray (Beverly) of Everett, Ontario, Darrin Robert, of British Columbia, daughter Beverley Dawn (Michael Zabehlicky), Beeton, Ontario, four grandchildren and two great-grandchildren. He is also survived by a sister, Vivien Leigh Gorham of Scarborough, one brother, William Robert Gorham of Toronto. He was predeceased by sister Ellen Louise Gorham-Rykart in 2008.
Don Will Be Lovingly Missed: – “Ready Aye Ready”.
Respecting Don’s wishes cremation has taken place and a family interment will be held at Mt. Tegart Cemetery, Tottenham a later date. Arrangements entrusted to Rod Abrams Funeral Home, Tottenham, 905-935-3477. www.RodAbramsFuneralHome.com