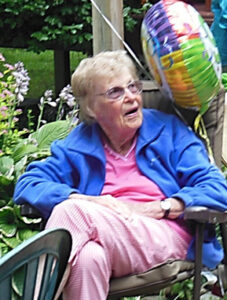 Davis: Charlotte, Elizabeth
Peacefully at Matthews House Hospice, Alliston, Ontario, on June 28, 2022. Elizabeth Davis(nee: Hopper) at the age of 98 years, beloved wife of the late Richard “Ritchie “Davis. Loving mother of Allen, and Michael (Julie). Loving grandmother of Sondra (Glenn Lorentz), and Kirsti. Dear great grandmother of Emmett and Maren. Sadly miss by her sister Eleanor Meharg (the late Robert), and predeceased by her brother David Hopper (the late Shirley). Forever in the hearts of her cousins, nieces, nephews, extended family, and friends.
There were many chapters in her Life Story. She grew up and spent most of her life in the Tottenham area. As part of her working career she spent a brief time in a drafting office, obtained her teacher’s certification, then started out as a teacher in a one room schoolhouse and spent many years teaching in the public school system in the Tottenham area. She raised a family with her husband Ritchie on the Davis family farm, and was secretary at a university for a few years and many more opportunities along the way. Her interests were quite numerous, including a passionate love for music and playing the piano, organizing and being a part of many family reunions and gatherings, camping with her brother and sister’s families at Sibbald Point Provincial Park, playing bridge with her many friends, crocheting, going to theatre productions, visits to the McMichael Canadian Art Collection and the Toronto Art Gallery, travels to many different areas of Canada and some tours to places around the world to name a few. She was an excellent cook and baker and sometimes won ribbons at the local Fall Fairs for her baking and canning and preserves. She was also a 4-H Group Leader. Her two Granddaughters were a very special part of her life, and even though it was only for a short time there were two Great Grandchildren that were an additional joy as well. Cremation has taken place. Visitation will be held on Thursday August 25, 2022 at Rod Abrams Funeral Home, Tottenham from 9:30am until time of Memorial Service in the Chapel at 10:30am. Interment to follow at Mount Tegart Cemetery. For those who wish, donations would be appreciated to Matthews House Hospice Alliston or Simcoe Manor Beeton, Ontario. Condolences and memories may be left for the family at www.RodAbramsFuneralHome.com. 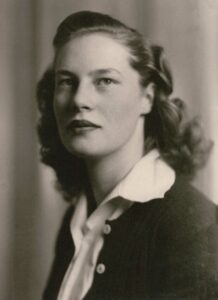