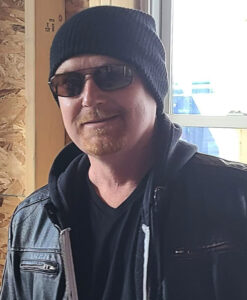 Cave: Gerald Warren,
After a brief battle with cancer, at his home in Tottenham on Monday May 3, 2021. Gerald Cave at the age of 45 years, lovingly remembered by Jennifer Jaffray. Loving son of George and the late Joyce Cave. Dearly loved brother of George Cave (Stephen Bonnar), and the late Kimberley Ann Cave. Loving grandson of Beatrice Maitland (the late George). Sadly missed by his best friend Trigger. Forever in the hearts of Colin McGinty (Kelly, and their family), his extended family, and many friends.
Following Gerald’s wishes Cremation has taken place.  A Celebration of Life will be held at the Royal Canadian Legion Branch – 329, 25 Richmond Street East Tottenham on Sunday August 28, 2022 from 1:00pm – 4:00pm. For those who wish donations in memory of Gerald to www.bulliesinneed.ca, or the charity of your choice would be appreciated by the family. Arrangements entrusted to Rod Abrams Funeral Home Tottenham. Online condolences may be left for the family at www.RodAbramsFuneralHome.com. 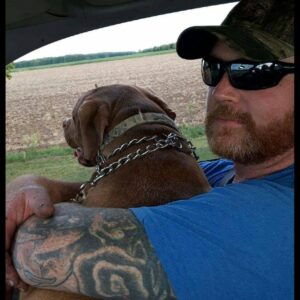