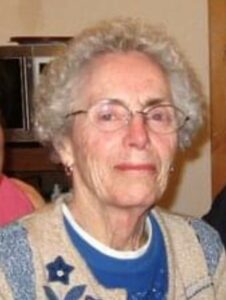 June Carrick - Graveside service to be held at a later date